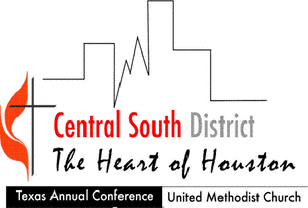 Marylyn Green is a native of Marlin, Texas, and a lifelong United Methodist whose family has an extensive history in Methodism. Her great, great grandfather, Rev. Daniel Humphrey was a circuit rider and a founding member of Davis Chapel UMC in Marlin, Texas.

In 1994, Marylyn married the late Rev. Kenneth B. Green, who also pastored Davis Chapel UMC. In 1996, she and her family moved to Houston when Kenneth was appointed to the Wesley Foundation @ Texas Southern University. She has worked for several UMC’s in the Texas Annual Conference, as well as the West District, the Center for Congregational Excellence and now joins the Central South District as the District Administrator.

She holds a Bachelor of Science Degree in Management and a Masters Degree in Business Administration. She enjoys baking and spending time with family & friends. The pride and joys of her life are her two sons, Marcus who is attending Texas A&M University and Jeremiah who is attending Baylor University.